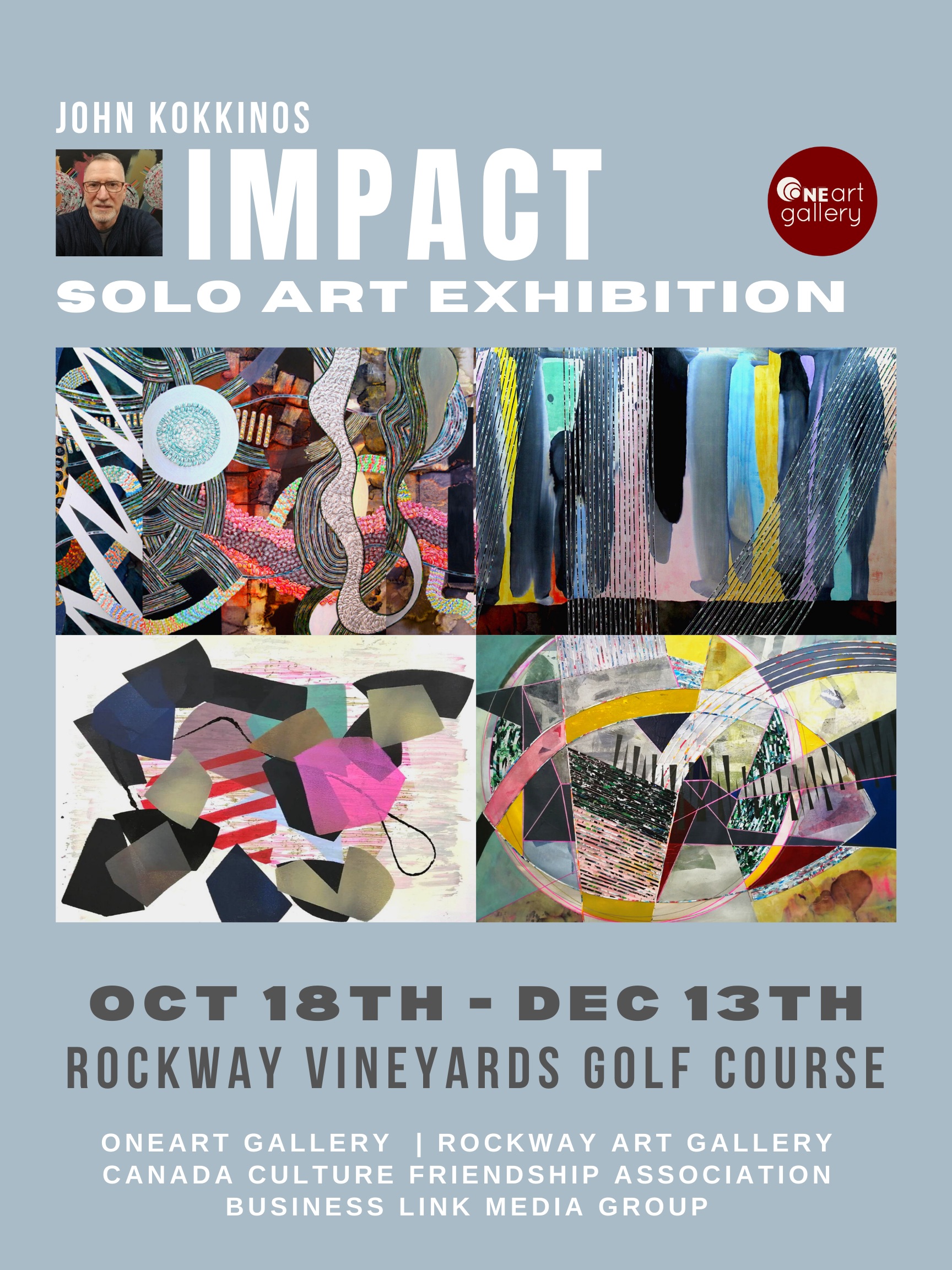 John’s immigrated to Canada in 1963 from Greece. His interest in art began early in his life with drawing and painting from the great masters.

Over the years his work has evolved from figurative to abstract. Since 2010 the subject of digital air waves transmitted by computers, has inspired him, as they are moving in all directions, speeds, and size. His approach to painting is complex, very similar to the subject.

In 1977 he had his first Solo exhibition in Toronto, of paintings and sculptures. Since then he had many group and solo exhibitions in Canada, the United States, and China. His work is found in many corporate and private collections, and most notably by the Canada Council Art Bank, Ottawa, Ontario, Canada, and at the Lingnan Museum of Art in Dongguan.